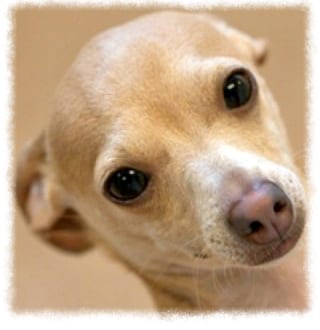 Grasshopper is a 2 year old Italian greyhound/Chihuahua dog who was living at the MaxFund shelter when I met him. A charming guy, this small dog with a big personality instantly worked his magic on me. I considered adopting him. He had already been returned to the shelter once because he had jumped off a couch in his last home and broken his remaining front leg. His leg had been repaired at the MaxFund and he was ready for adoption again. I realized that because I would not be able to provide him with the ideal safe environment at home, I could not adopt Grasshopper. I wanted to do something to help him though so I offered to take him to Orthopets for a consultation on a brace. I thought maybe if he had a brace on his one front limb it would give him some protection against re-injury or early onset degenerative joint disease.

I donated my time and the cost of the brace and got to be Grasshopper’s temporary foster parent. It was great meeting Dr. Mich and the whole team at Orthopets where I learned more about this growing aspect of small animal orthopedics.

Grasshopper was like many amputee dogs in having the entire limb removed so he could not wear a prosthesis. But there is still a way to help these dogs with an orthopedic device by bracing the leg opposite the amputated side. 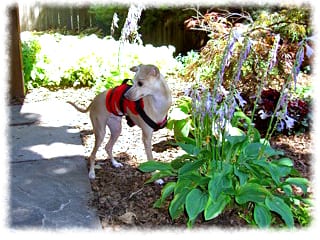 The photo of Grasshopper to the right was taken in my yard before he got his brace. The photos below are at Orthopets going thru a series of appointments to get his brace designed, fitted, and tested. In the photos of the brace fitting where the leg is wrapped in plastic you can see how his wrist is crooked. Then when Dr. Mich puts light pressure on the inside of the wrist it gets straighter. This is what the brace does. It holds the leg in a more biomechanically correct position. Therefore the leg will be stronger and less susceptible to early onset arthritis. It cannot guarantee he doesn’t break that wrist again but it is the best that can be done to make it stronger.

After getting his brace Grasshopper found a home and is now another one of the many happy MaxFund dogs living with his new family.

Braces are not just for dogs with missing limbs! Orthopets fits plenty of 4-legged dogs with braces on a weak limb. To see some of the options visit their website: www.orthopets.com/. 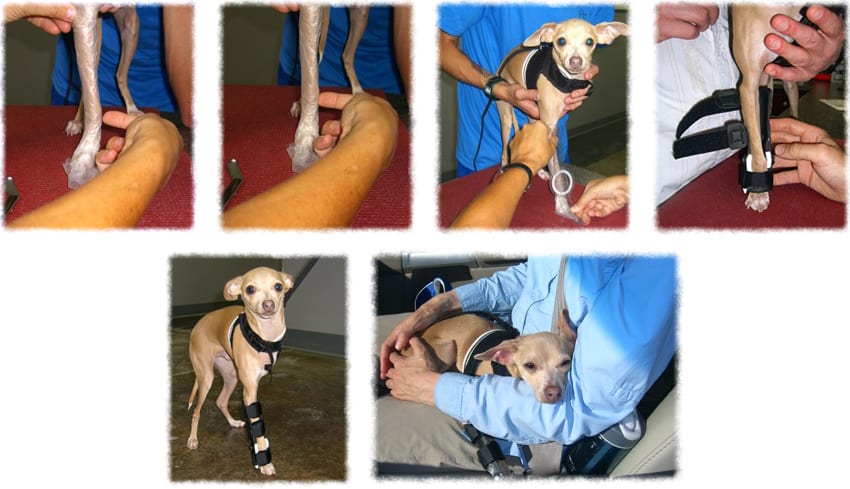